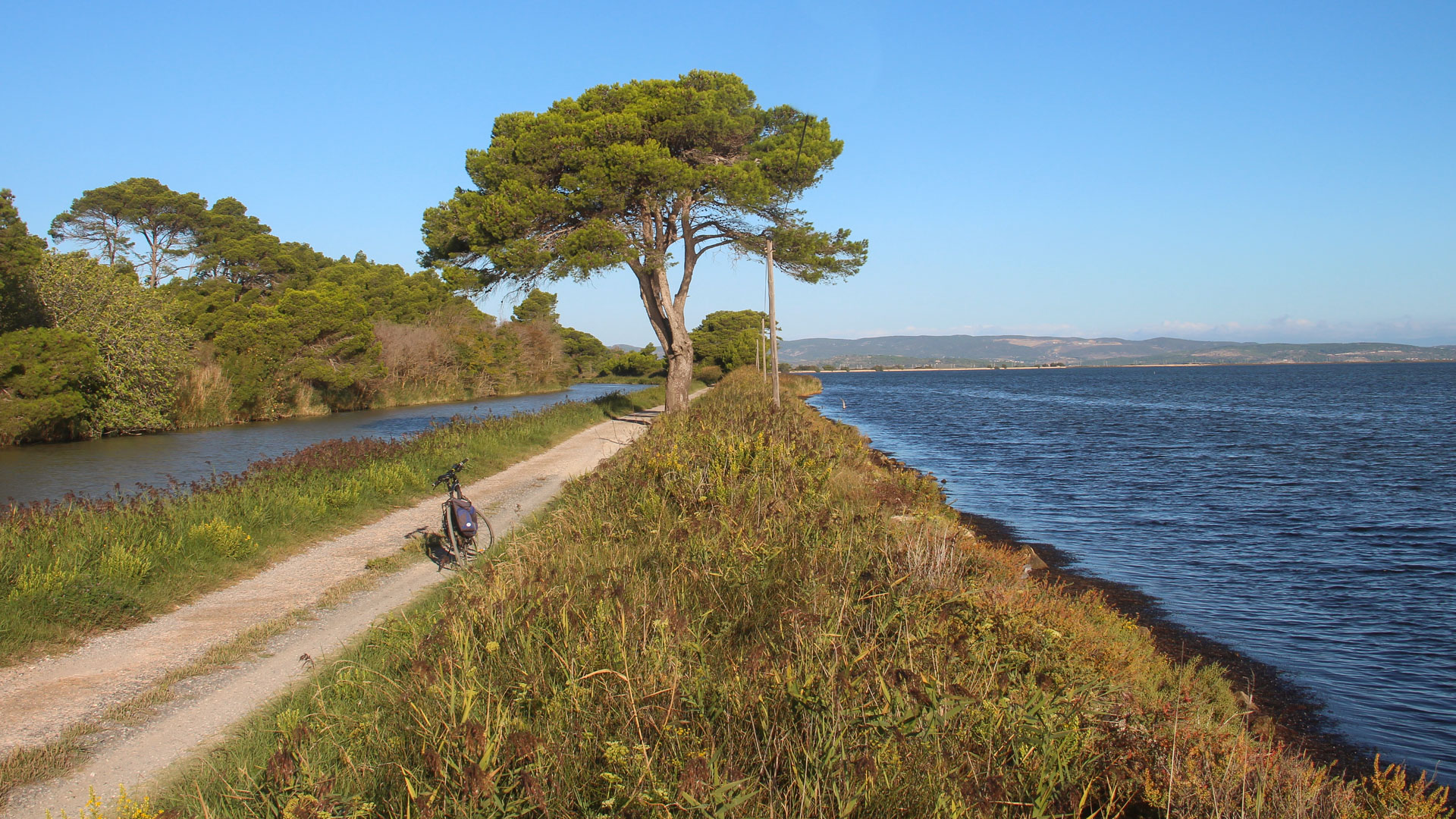 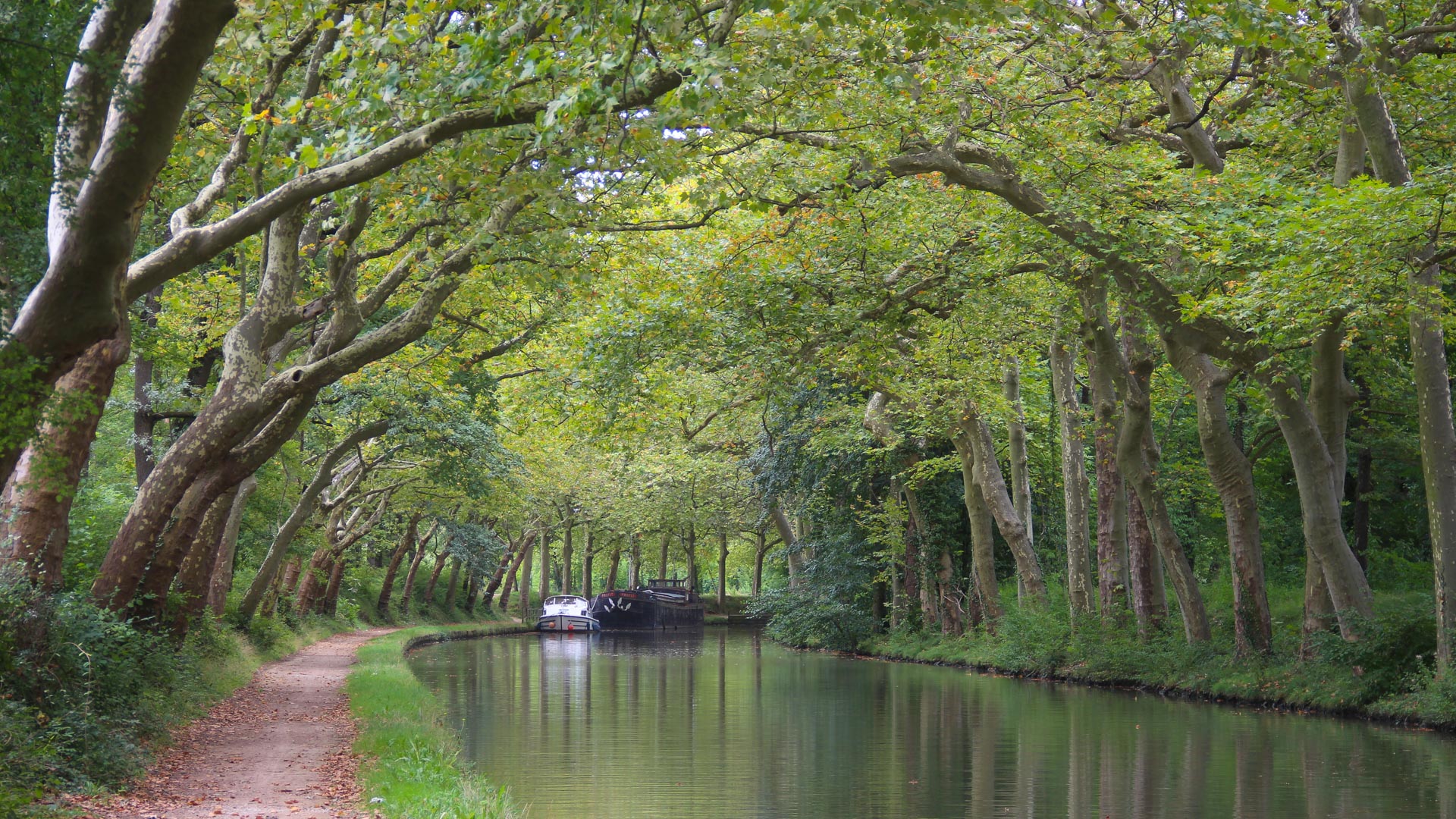 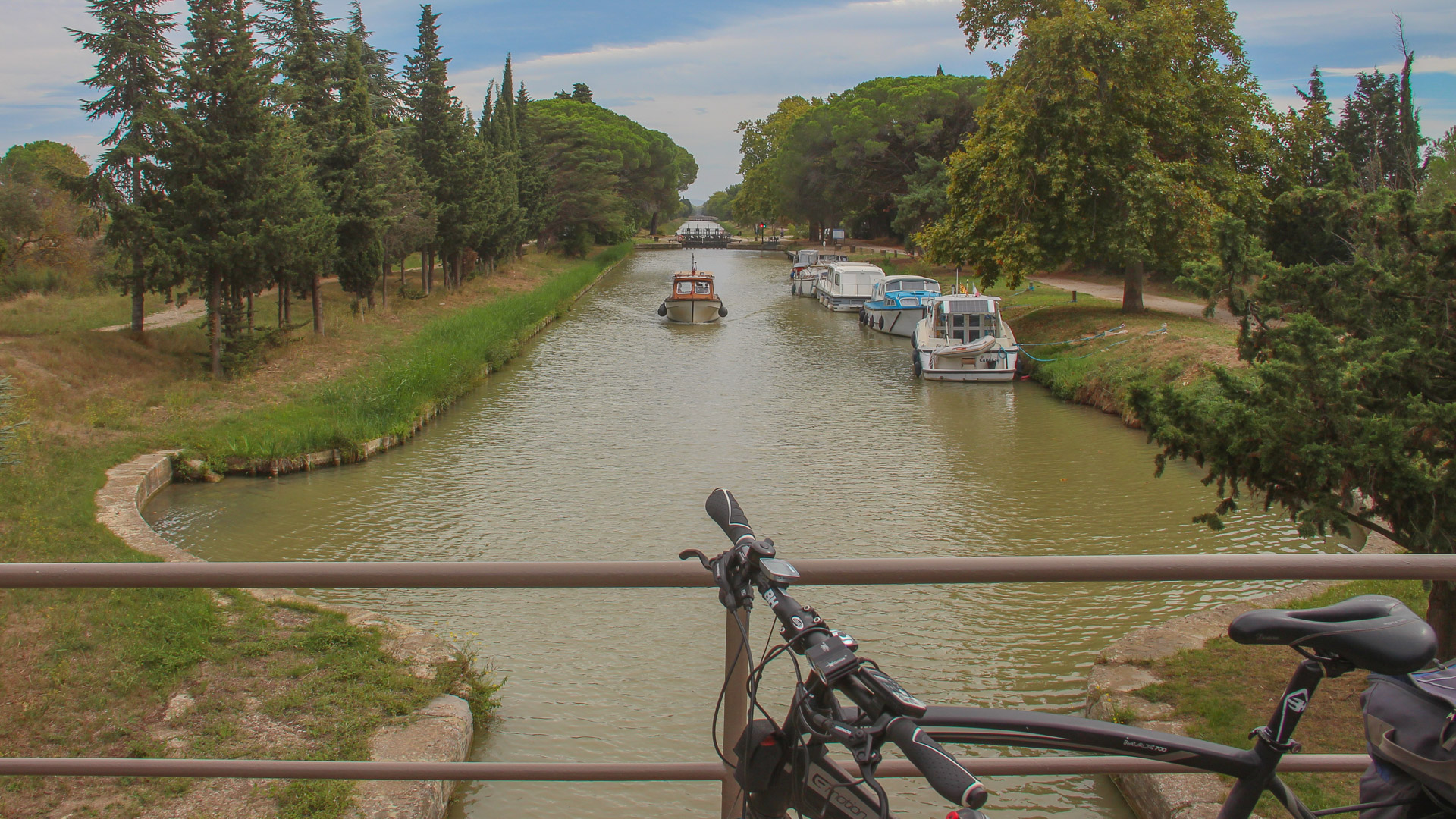 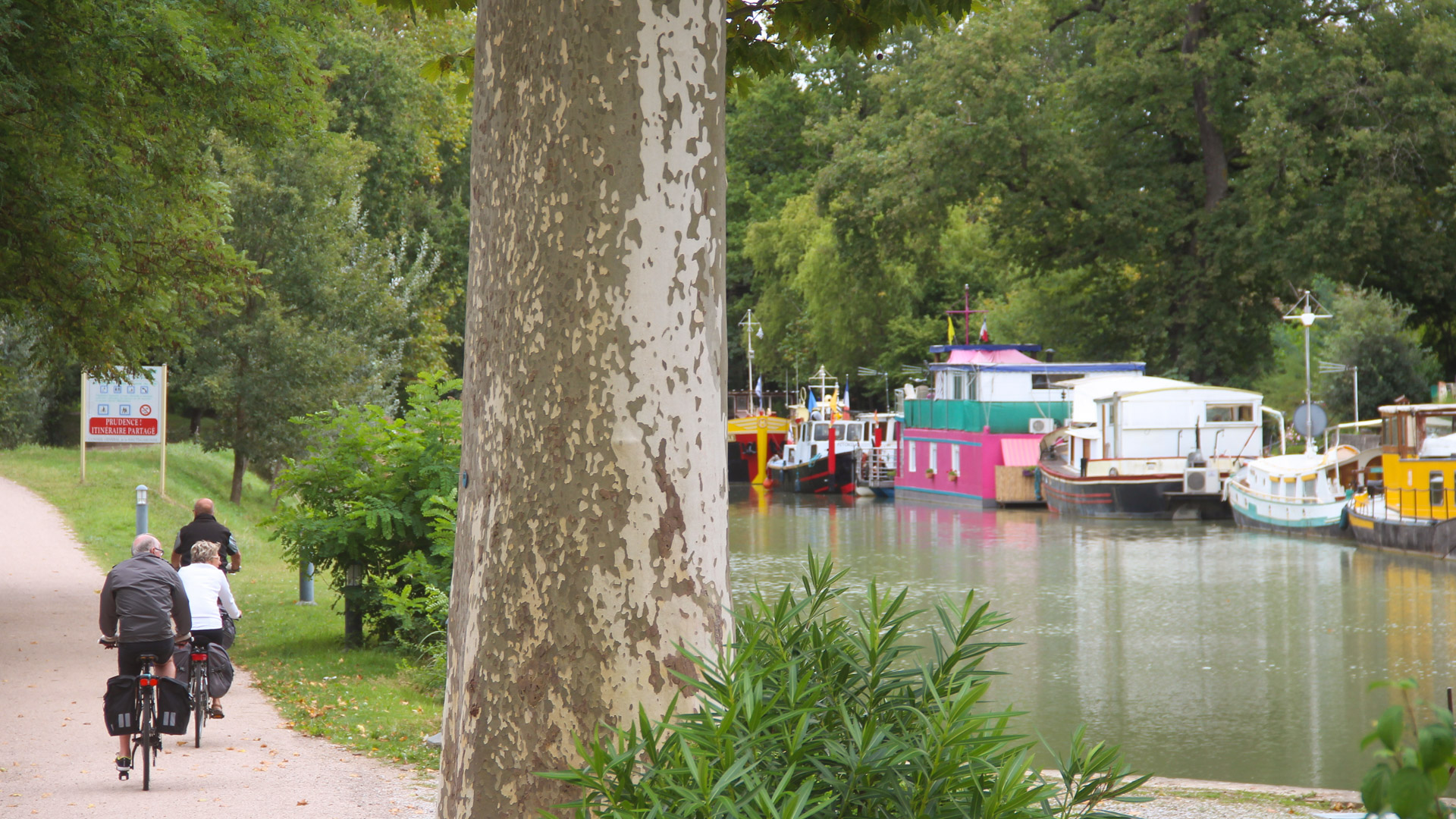 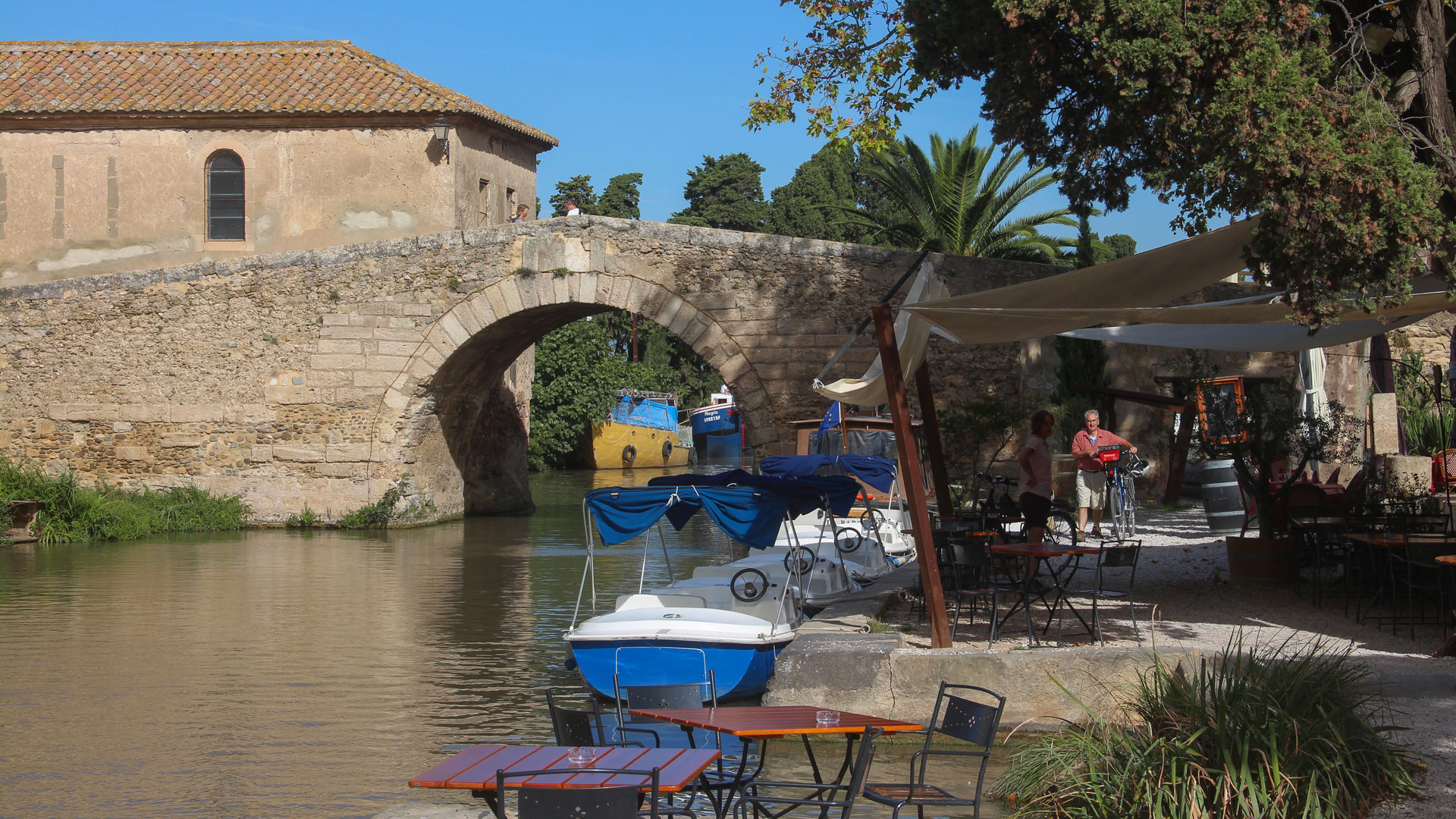 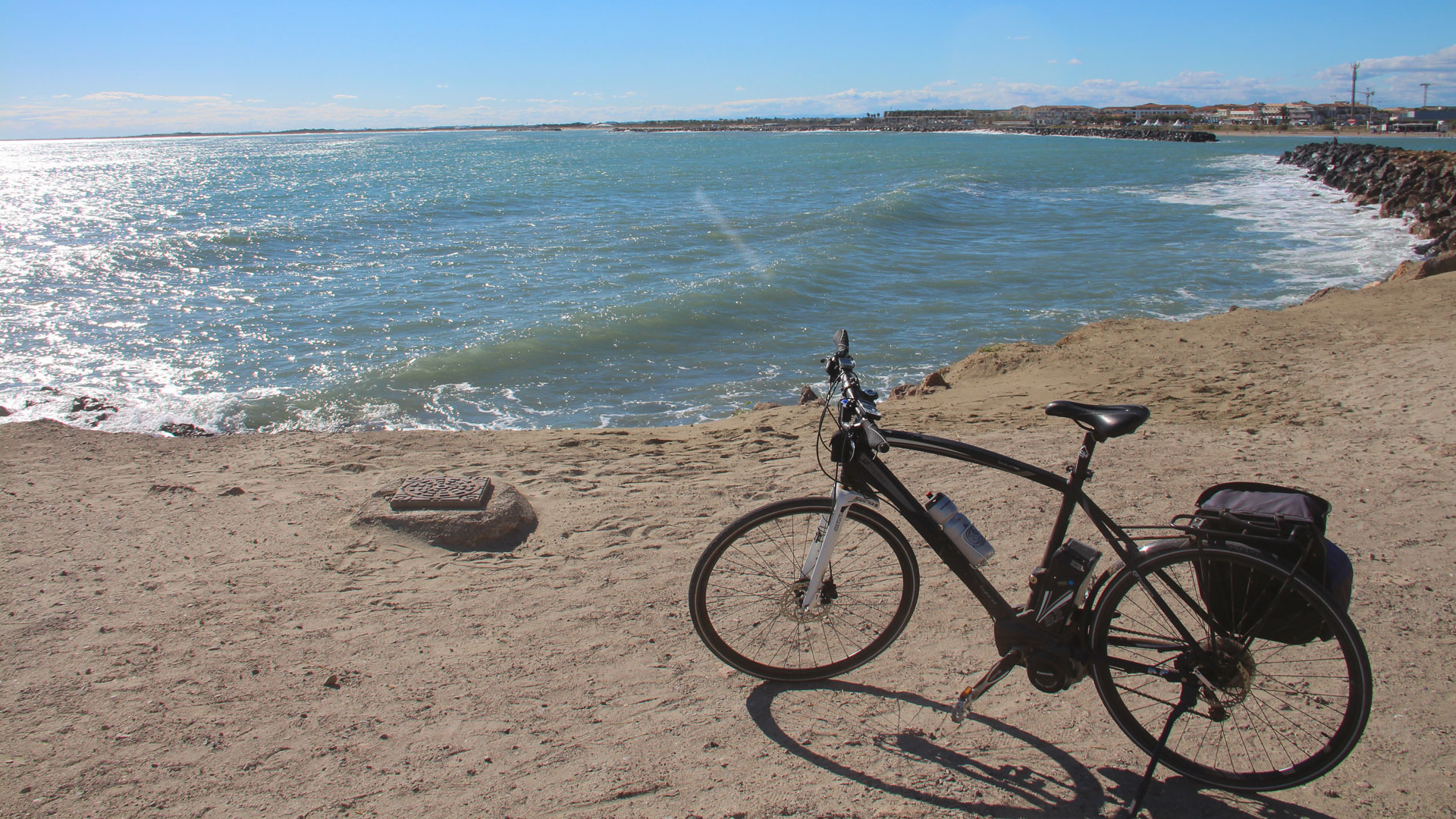 THE CANAL DU MIDI: FROM TOULOUSE TO SETE

The historical Canal du Midi offers the perfect opportunity for a relaxed week of cycling with friends or family... Lock after lock, bridge after bridge, the canal takes you from the heart of Toulouse to the port of Sète, on the Mediterranean Coast. We start the week with a visit of Toulouse, the "pink city", with its narrow labyrinthine streets… We then head out along the banks of the canal, on a quiet road which quickly gives way to a dirt track. Our journey takes us across the Plaines du Lauragais, then on to Castelnaudary (home of the famous Cassoulet!), the fortified town of Carcassonne, the seven locks of Fonséranne, and the Etang de Thau with its oyster beds, before arriving at Sète and the Mediterranean Sea!

Self-guided tour: from 595€ - Details Duration : 7 days | Level : Customer satisfaction : - 2 reviews
+33 458 140 435 A dedicated team of travel specialists is available to offer you expert advice Monday to Friday from 9 to 12:30 AM and 13:30 to 6 PM (French time) on the phone, or by email.
Bookthis tour
In the event that there are official travel or mobility restrictions in France or in your country of origin at the booked tour dates (official travel warning, quarantine upon return, closed borders) which make it impossible for you to undertake the trip, we offer to defer your booking to a later date at no extra charge. If no suitable date can be found, we offer a full reimbursement.
Print Download PDF
Share
Share on Twitter
Share on Facebook
Share on Google+
Share by email
Physical level :
This tour is E-bike compatible

Itinerary start: The tour begins on day 1 at 9am in Toulouse with the baggage drop off (rendez-vous close to the railway station). On request we can book the previous night's accommodation for you in Toulouse.

Toulouse, known as the "pink city" (due to its many brick buildings), hides a number of hidden curiosities. A pleasure to discover by bike: as is so often the case, our 2 wheels offer a perfect way to crisscross the town and its many streets and alleys. We also take the time to visit Toulouse's famous monuments: the Place du Capitole, the Basilique St Sernin, the Daurade, the Prairie des Filtres, the antique dealers’ district... Our tour of Toulouse complete it's time to set our course for the Mediterranean Sea, and the Ponts Jumeaux (twin bridges) mark the beginning of our voyage the length of the canal. We leave the bustle of the city behind us, replacing it with the peaceful banks of the canal and the surrounding Lauragais countryside... Night in Villefranche de Lauragais or nearby.

We leave our accommodation in Villefranche in the knowledge that a traditional "cassoulet" awaits us this evening! But not before passing the locks of Emborrel, Océan, and the famous threshold of Naurouze. Naurouze is the high point of the Canal du Midi, and thus also the watershed line between the Atlantic and the Mediterranean. A moment’s thought for Pierre Paul Riquet, the engineer and canal-builder: when designing the canal, finding the point from which the waters of the canal would separate was a major challenge. It was whilst observing the water of a fountain one day, that Riquet realised that the water divided and took two different directions, one towards the Garonne (and the Atlantic), the other towards the Aude (and the Mediterranean)… The canal gradually leaves the Lauragais to make its way to the capital of the cassoulet. Welcome to Castelnaudary! Night in a hotel.

Our route takes a detour from the canal this morning. We gain a little elevation in order to get a better view of the mountains briefly glimpsed these past 2 days, the Pyrenees. From Castelnaudary, our route takes us along small roads to the north of the town. We wind our way through the neighbouring hills, before re-joining the canal at the Villepinte Lock. We ride past beautiful oval locks (there are 63 in all on the canal!): Villepinte, Bram, Béteille, Villesèque, La Lande, Herminis… before arriving in Carcassonne. Night in a hotel not far from the medieval city.

The canal winds its way along the foot of the Montagne Noire. Our route passes locks, bridges, and villages… the calm of the canal disturbed only by the animated discussions of the lockkeepers. The passing of a lock is a great opportunity for children to observe and understand how the system works (invented, apparently, by Léonard de Vinci). The lockkeepers are often more than happy to offer explanations and local knowledge. We pass through the pretty village of Trèbes, before arriving in Marseillette… where the first signs of the sea become perceptible. We are now in the area known as the Minervois. Time for an aperitif! Overnight stop in or near Homps.

Parallel to the Aude River, the canal begins to twist and turn as it approaches the sea… a first meander, then a second… It's as if the canal wants to stay in the Minervois! We arrive at the pretty junction with the Robine Canal, which heads due south, passing Narbonne before plunging into the Mediterranean at the Sainte Lucie salt flats. Our journey however takes us further east before hitting the Mediterranean. After Le Somail and the junction with the Robine (optional visit of the Amphoralis, museum of Gallo-Roman potters), the route of the canal leaves the Aude and heads north, in the direction of Beziers. Night in Capestang.

A few kilometres into the day’s ride, there is an opportunity to visit the Oppidum d'Ensérune (Roman settlement between 6 BC and 1 AD), at the foot of which passes the Malpas Tunnel (through which the canal passes). A few pedal strokes, and we're in Beziers (birthplace of the creator of the canal). The locks of Fonséranne, undoubtedly the most famous on the canal, mark our arrival. 9 locks one after the other enable the barges to “climb” more than 20 meters! The canal then circumvents Beziers by the south, to reach the small village of Villeneuve les Beziers. As the crow flies, the sea is no more than a few kilometres away… Night in a hotel.

The final stage. Don't forget your bathing suits! After Villeneuve les Beziers, the canal follows the coast before ending at the narrow stretch of land that separates l'Etang de Thau from the Mediterranean Sea. What a pleasure it is to take a dip in the sea after a week of riding! Our tour stops here, with a slight regret to be leaving the Canal du Midi, our guide for the last seven days!

Distances and altitude gain are an indication only and may vary.

Itinerary end: France Bike Trips services end in Sète with your baggage collection close to the SNCF railway station at 6pm. On request we can book the following night's accommodation for you in Sète or Toulouse.

Return to Toulouse: Trains connect Sète and Toulouse (some are direct). The journey takes about 2h30.

5/5 - 2 Reviews
David D. | Participant rating:
"It was great, good fun for 6 of us. All worked very well (apart from our return flight being cancelled due to French Air Traffic controllers strike.
The only problem we had was the lack of places to stop for lunch or refreshments en route. If places were suggested on the itinerary we would have been happier. Somedays we did not find anywhere open in villages and towns."
Anna S. | Participant rating:
"An excellent, relaxing holiday with good food. The slow pace of life on the canal was just what we needed and the fact that everything was well organised made it all the better."